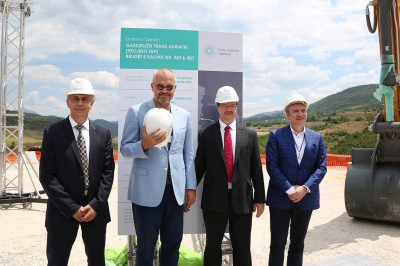 The Secretariat welcomes the finalisation of the certification procedure
of TAP AG, which was a precondition for the pipeline’s construction scheduled
for May 2016. Leading to the first certification of a TSO under the Third
Energy Package in the Energy Community, this procedure confirms the excellent
cooperation between the Secretariat and ERE.

ERE’s Decision creates a high level of transparency while respecting TAP
AG’s specific governance features during the period of construction of the
pipeline. Before the start of commercial operations (envisaged for 2020), TAP
AG will provide evidence that it continues to comply with the bulk of the
so-called ITO rules of the Third Energy Package. By that date, ERE will provide
the Secretariat again with all relevant information and request its opinion on
compliance.